Isabella suggested we play Duck, Duck, Goose, I had to tell her that we needed a few more people than the two of us to play. I suggested Red-light, Green-light which she happily agreed to. It's amazing the things that make kids laugh. I simply stood by the living-room window and she stood in the dining-room and I yelled out "red-light!"..."green-light!" and she thought it was hilarious. Isaac...not so much. He's been in a particularly bad mood this week (he has a pretty bad cold), so instead of joining in, he walked around in a sad circle and cried. Maybe he just really wanted to play Duck, Duck, Goose? Who knows.

Speaking of ducks, I grew up with what my family lovingly calls, The Duck Blanket. Last Sunday I saw that my mom had place my duck blanket in the dog crate. I mean really, the nerve! It is now safely at home with me, don't worry. Anyway, when we were little my sister and I spent hours playing cars on the duck blanket. I mean, hours. My sister says this was her fondest childhood memory. I would have to agree. The morning after we brought it home from my parent's house, I excitedly announced to Isaac and Isabella, "Hey guys! Let's play cars!" We had fun until Isaac decided that no one but he and I could touch the blanket. This meant that any time Isabella touched the blanket he would start flapping his arms and cry. We put away the duck blanket. But I do hope they have as much fun playing cars as my sister and I did. 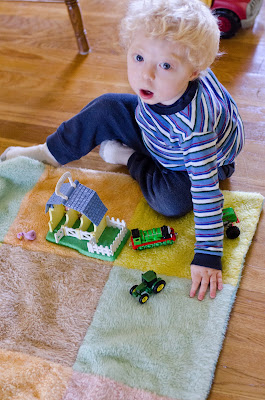 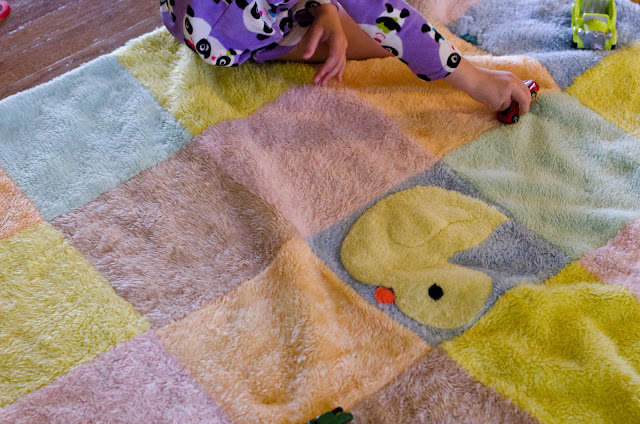 I found a Thanksgiving activity on Pinterest where she went on a "Journey to the New World" by picking up these various cards and we read them and answered the discussion questions. She had fun with it but honestly, I think Charlie Brown did a better job explaining Thanksgiving than I did. 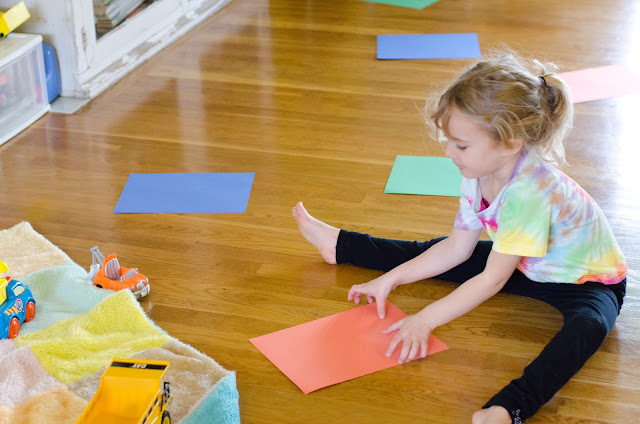 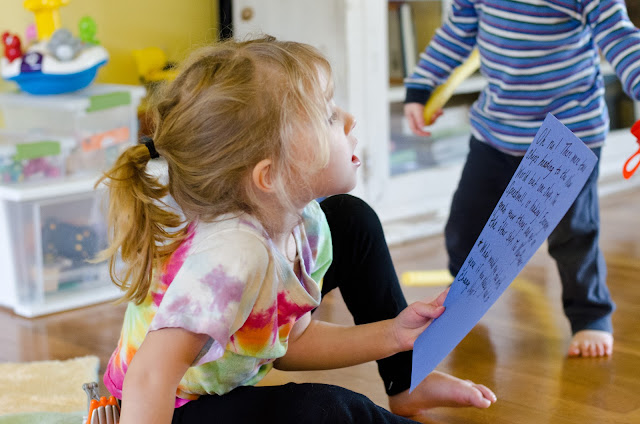 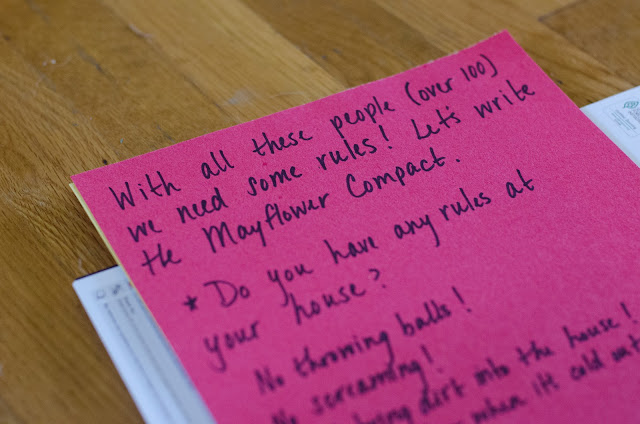 I am at my parent's house as I write this, so I don't have Isabella's list of things she is thankful for. The things that I can remember off the top of my head are:
Isaac
houses
roofs
rain
umbrellas
mommy and daddy
that everyone is different
Jesus
Stella
books
toys
clothes

Isaac made a list too. His list included (or I would assume)...
feeding tubes
mommy and daddy, but mostly mommy
sign language
Mario
the Wii
Isabella
books
dinosaurs
monsters
cars
trains
pacifiers 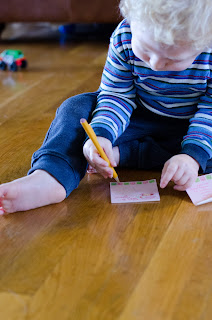 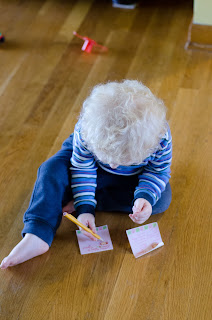 Isabella is on the verge of catching the cold that Isaac has. Thankfully she can blow her nose and I don't have to sneak up behind her and jam a tissue on her face and quickly swipe it away as she screams. During Isaac's nap on Tuesday, we read two chapters of Ramona the Pest. Isabella began pointing to words that she knew, and I told her that she could probably sound out many of the words in the book. Apparently she was under the impression that she wouldn't be able to read chapter books until after I "pass away". I certainly hope she's reading chapter books before then.

I hope you and your family had a wonderful Thanksgiving. Isaac enjoyed (or at least I think he did) a turkey dinner via his feeding tube. In case you were wondering, I am not shopping today. When I was talking to Sarah on the phone earlier, she thought I said that I was going shopping, and said that if I did, I would surely end up in a mental institution by the end of the day. She knows me too well.

Posted by picturingtheordinary at 12:45 PM